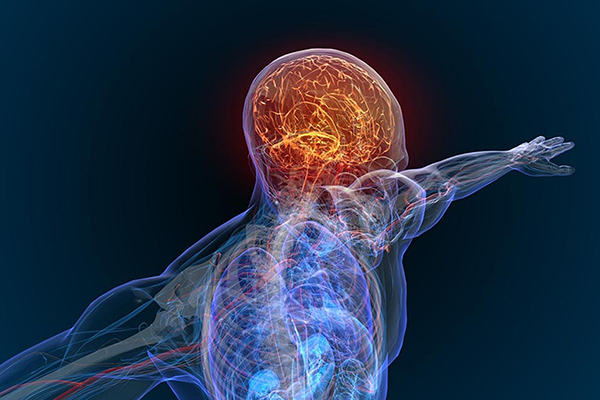 The origins of the Zone Technique, the body’s six main systems and spinal cord stimulation to heal the brain

The Zone Technique was founded in 1931 by Thurman Fleet, DC, in San Antonio, Texas, in conjunction with the creation of Zone Therapy. Fleet is considered by many to have achieved the greatest healing results in the history of the profession.

Starting in the 1930s, the police in San Antonio had to reroute traffic patterns to accommodate the patients coming to his office when he was open for adjusting hours. He had to move his office three times to conform with fire codes as there were too many people in his office at one time. Patients came to Fleet from all over the nation to heal from ailments that other chiropractors and medical doctors didn’t know where to start with. A large percentage of these patients were coming to Fleet with seemingly very severe non-musculoskeletal conditions that stumped the medical community.

Fleet’s Zone Therapy analyzed the body’s six main systems: glandular, eliminative, nerve, digestive, muscular and circulatory. He found that the brain had six main centers that controlled these six systems. He said that any disease was the physical result of one or more of these six systems requiring healing. Fleet compared the human body to an electrical machine, with the brain the positive pole and the spinal cord the negative pole. He taught that on a physical level, a brain center that needed healing could be addressed by the stimulation of four points in the spinal cord. Each brain center (positive pole) had four corresponding levels of the cord (negative pole) that correlated to it. He determined which brain center needed attention by palpating occipital fibers on the superior nuchal line.

On a side note, this has nothing to do with sacro-occipital technique (SOT) fiber palpation for a few reasons: SOT has 21 points, whereas zones have six; and the Zone Technique points indicate vastly different things than do the SOT points, which makes sense once you start learning the technique.

Zone Therapy to the Zone Technique

Peter Goldman, DC, was first exposed to Fleet’s work at a very young age as his family chiropractor in Brooklyn was a respected student of Fleet. Fast forward to the early 1990s when Goldman started chiropractic school at Life College; he sought out four of Fleet’s direct disciples and they started teaching him while he was in school. He spent over 100 hours one-on-one with each of them, learning and studying the technique.

After graduation, Goldman combined what he learned from his four main mentors of the Fleet lineage and started practice. Goldman had patients who flew in from over 30 cities and countries around the world to see him, reminiscent of the Fleet days in San Antonio.

Approximately five years ago, Goldman decided he wanted to share his knowledge with the profession, because if he did, suffering individuals wouldn’t have to fly across the world to see him in order to get help. This is when the Zone Technique was created. It differed from Fleet’s Zone Therapy as it combined many years of Goldman’s study and experience with different healing influences such as metaphysics and world-class martial arts training.

Goldman’s Zone Technique is spinal cord stimulation to heal the brain, not an intersegmental bone-moving technique.

In chiropractic, the “safety pin cycle” theory assumes the brain is sending out proper signals which can be potentially blocked by vertebral misalignments or subluxations causing dis-ease. The chiropractor is to then locate and relieve these subluxations by aligning the spine in an effort to unblock these brain signals so they can freely travel to the cells in the body.

While this theory makes sense, what if the brain isn’t balanced and is sending out faulty signals in the first place? Then all you have done is opened up the pathway for a potentially flawed brain signal to travel through the body. For this reason (and others), many people who get adjusted regularly are still not healthy. Zone Technique efficiently determines which brain centers are not functioning properly and balances them with gentle spinal cord stimulation.

Furthermore, a very important component of healing is understanding that the body is a reflection of the concepts in the subconscious mind. Knowing how to access the subconscious mind and how to create a proper healing concept is crucial in healing at the highest level. This is all clearly taught with the Zone Technique.

The proper application of Zone Technique, coupled with the high-level knowledge of the principles of healing taught in the Zone School of Healing, lead to unparalleled results.

The Zone Technique has gained immense popularity worldwide over the last few years as it’s fun to learn and easy to integrate into practice. An average patient visit is five minutes or less, making it very efficient without having to change the way you physically adjust. This has been a game changer for the more than 1,000 members of the Zone School of Healing.

Nothing should make you more fulfilled than helping a suffering individual who has gone to several chiropractors, MDs, acupuncturists, homeopaths, etc., without the results they were hoping for, but found relief in your office. This is why Goldman created the Zone School of Healing and why its students are achieving the greatest results in the profession.

NATHAN BROWNE, DC, is a Mastermind-Certified Zone Practitioner who is committed to providing chiropractic solutions to address unique needs, including typical back or neck pain, headaches, glandular issues, digestive issues, circulatory issues, emotional distress and more. For more information on the Zone Technique, go to zoneschoolofhealing.com.